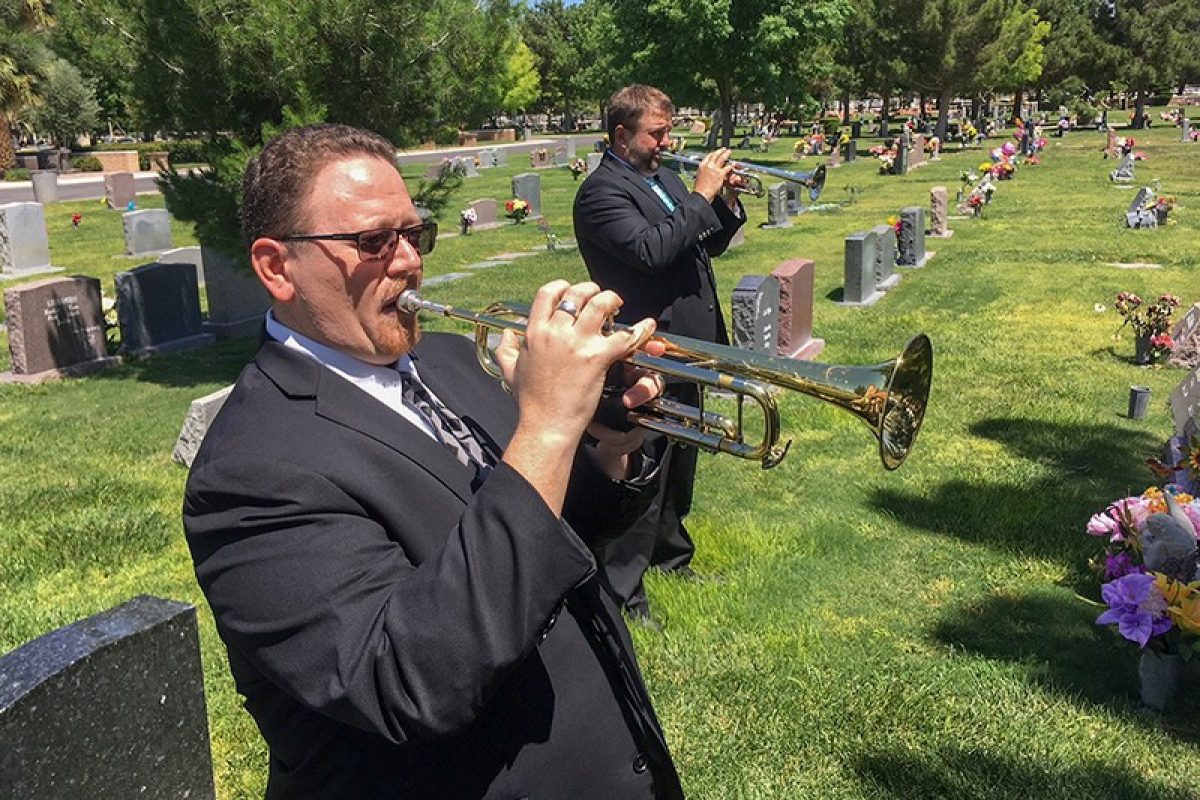 Making a Difference, One Note at a Time

The grass is still wet from the morning dew. You see the look on the faces of others that naturally say, “I’m here for you.” The only audible sounds now are those of consoling messages, and faint whispers coming from those thinking about the good times. You look forward and catch a loved one’s glimpse. One final touch of the casket and you slowly walk away. As if you’ve lost control of your body, you look down at the palms of your hands and think to yourself…

“Goodbyes are so hard.”

The next thing you know, two men dressed in black, raise their trumpets and begin playing the most beautiful version of Taps you’ve ever heard. As difficult as the day has already been, there’s comfort in that sound.

COUNTRY Financial® has long been supporters of our nation’s armed forces, but there are two COUNTRY Financial Representatives in the Southern Nevada area who make a difference, one note at a time. Meet Larry Ransom and Joe Durk, co-founders of TAPPS, an organization to fill a need in the Las Vegas area to coordinate live performances of Taps at veteran’s funerals.

Durk shares,“I got involved because I felt it was wrong for veterans to only get a recording. I knew performing it was important, but after doing it, I really get it. It’s heart and emotion.”

Men of many talents.

The two met twenty years ago as trumpet performance majors at the University of Nevada, Las Vegas. They’ve even performed with groups such as the Las Vegas Philharmonic Orchestra and Phantom-The Las Vegas Spectacular. Not only that, they’ve played for entertainers like Andrea Bocelli, Gladys Knight and Placido Domingo.

In addition to these performances, their dedication to veterans has them playing three-to-four funeral services per month, while other musicians in the nonprofit handle the rest (about 200 per year). However, no matter how many times they perform the iconic bugle call, it’s never easy…especially when it’s for someone they know, or if it’s a soldier who died in the line of duty.

It’s a calling and a privilege.

At COUNTRY Financial, we take pride in helping people through difficult situations. It’s what we do. Fortunately, it’s not uncommon to see our people living this philosophy in their everyday lives. Just take Joe and Larry for example.