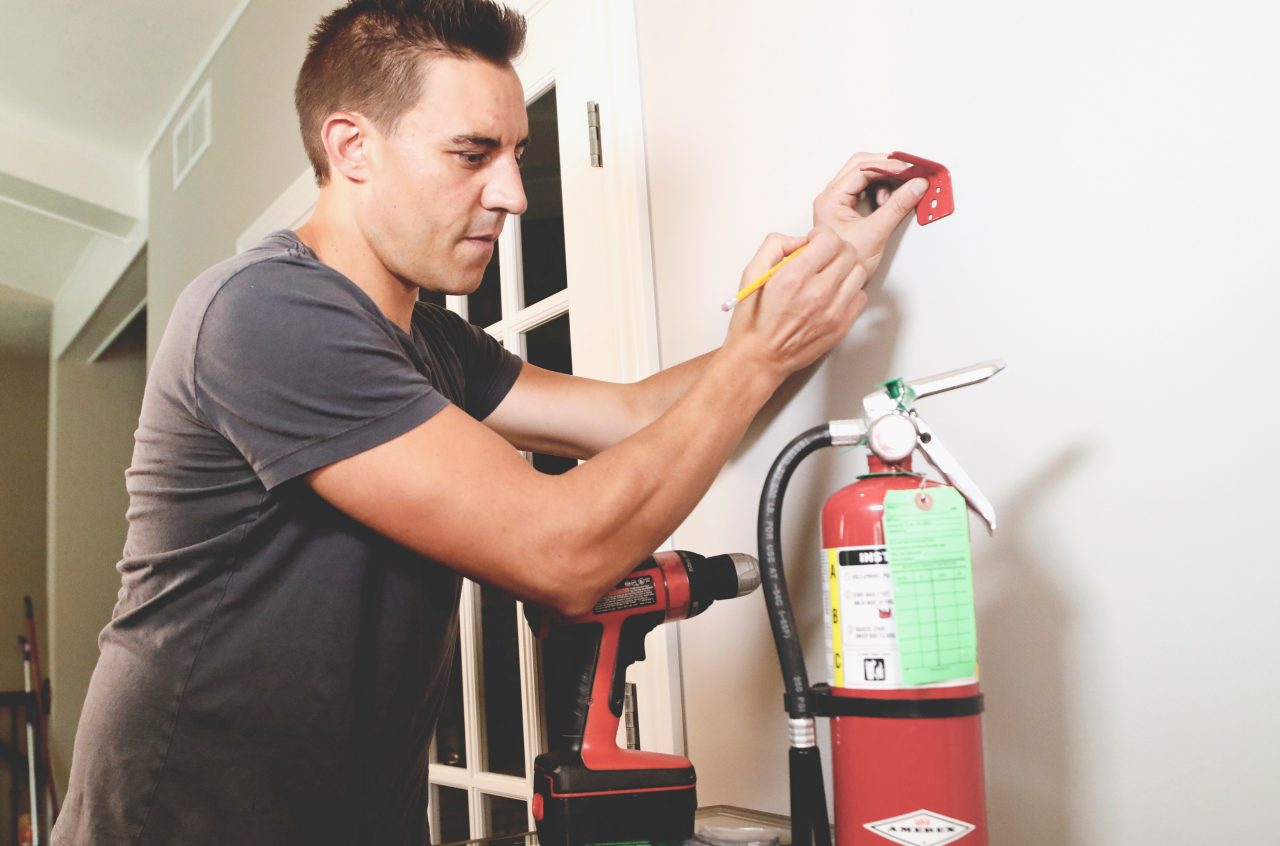 How to Use a Fire Extinguisher

No one wants to think about a fire starting in their home, but it’s important to know how (and when) to use a fire extinguisher in case the unthinkable happens. We spoke with Bloomington, IL Fire Department Public Education Officer, Stuart Blade, to learn some firefighting basics.

When should you try to extinguish the fire yourself?

Remember the three A’s: Activate, assist and attempt. You should only attempt to put out a fire on your own after completing the first two steps.

How to use a fire extinguisher in four simple steps

When using a fire extinguisher, remember to PASS (Pull, Aim, Squeeze and Sweep).

Be sure to keep an eye on the area in case it re-ignites. To put out a grease fire, cover the fire with a lid or cookie sheet to cut off the oxygen source. You should never use an extinguisher on a grease fire because it could spread the flames making it much worse.

Never fight a fire on your own if:

For these instances, it’s important to evacuate and let the fire department handle it.

When do fire extinguishers expire?

Depending on the type, fire extinguishers can last anywhere between 5 and 15 years. If you’re not sure when yours expires – or didn’t know to check the date on the box before recycling it – it’s probably best to replace it after at least 10 years to be safe.

Non-rechargeable fire extinguishers are only good for one use. So, if you use it – even once – you’ll need to replace it.

Where should I take my expired extinguisher?

If you still have fire extinguisher-related questions, call your local fire department’s non-emergency number and they’ll be happy to help!